Southeast Asia is synonymous with street food. Around Singapore, Malaysia and Indonesia, hawker stalls are the ultimate democratiser: young urban professionals, government workers, schoolchildren and apron-clad grandmothers can be found shouting orders in noisy markets and squatting on plastic stools bent over a steaming bowl of something. absolutely delicious that costs less than $3.

Today, flavors from those countries are coming to Austin’s developing Asian culinary scene via the modern hawker booth: internet pop-ups and virtual brands.

For those unfamiliar with the latest restaurant technology lingo, a virtual branded restaurant is a restaurant that exists solely for online ordering. Chefs cook in a rented commercial kitchen, or “ghost kitchen,” and customers order for pickup or delivery through apps like Uber Eats and DoorDash. Pop-up restaurants are temporary events where cooks can showcase their offerings at any location that allows them to set up shop, and most importantly promote and advertise events through social media like Instagram or Twitter. By removing the significant financial and time investment required for a physical restaurant, virtual brands and pop-ups allow budding chefs and foodies to experiment and share their products at a lower cost and on their own schedule.

“People like me don’t have the funds or the time to open a full-time restaurant, but I love cooking street food. We can only do this now because of the pop-ups and the low barrier to entry. – Nicolai McCrary, Penang Shack

As virtual brands and pop-ups have grown in prominence among urban food scenes since the pandemic hit, a new generation of home chefs and pop-up founders are taking advantage of newly downcast and features nuanced interpretations of Southeast Asian cuisine, loading Austin’s Asian dining scene with international flavors that would have been extremely difficult to market a decade ago.

“People like me don’t have the funds or the time to open a full-time restaurant, but I love cooking street food,” says Nicolai McCrary, founder of Malaysian pop-up Penang Shack and photographer and food writer full time. “We can only do this now because of the pop-ups and the low barrier to entry.”

Southeast Asian street foods particularly lend themselves to informal markets due to their low ingredient costs and communal nature. Also, as McCrary notes, they are not commonly found around Austin.

“I craved my mom’s food and was stuck at home,” McCrary says. “So I decided to start making some. If there had been restaurants serving some of these dishes, it’s hard to say if I would have made the same choice.”

Similar to the democratizing power of a bowl of steaming noodles from a street vendor, Southeast Asian street food vendors like Chicken Rice Joe, Austin Kuih Co., and Penang Shack are capable of using the internet economy to bring nostalgic tastes of Singapore and Malaysia to the Austin community at a cost affordable to sellers and customers.

Chicken Rice Joe (5610 N. I-35, chickenricejoe.com) is a virtual brand founded and run by Malaysian Singaporean friends and partners Joe Tah and Lily Tjie, available for delivery or pickup on their website as well as Uber Eats , DoorDash, Grubhub, Lunchdrop, ezCater and ChowNow exit their Club Kitchen facility via I-35. Tah, born and raised in Singapore, is a full-time IT professional who came to Austin 11 years ago after being hired by Electronic Arts as an architect, and found himself missing the food peddlers for which his homeland is famous: fatty and aromatic nasi lemak (rice steamed with coconut milk in a pandan leaf); fried chicken wings coated in sambal sauce; and Hainanese Chicken Rice – the king of Singaporean street food – unpretentious but bursting with savory, simmered flavor (best paired with achar, a spicy pickle popular throughout Southeast Asia). 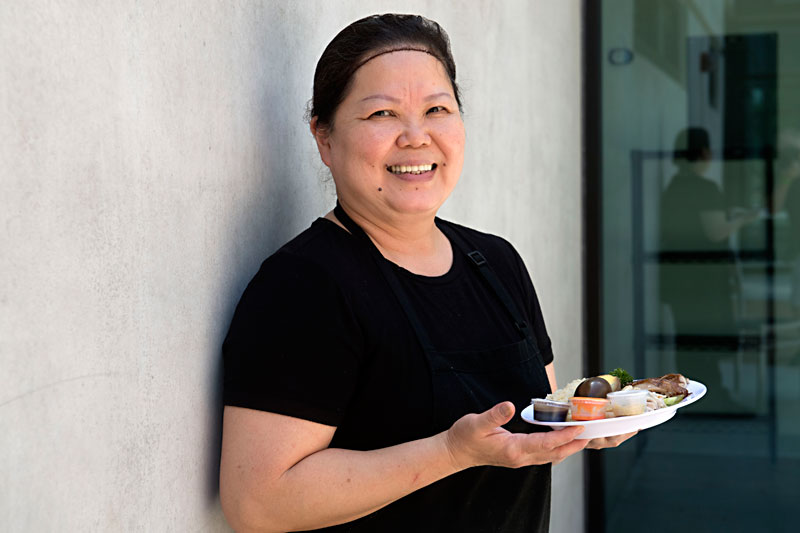 After years of recreating such dishes at home for his family, Tah decided to launch the virtual Chicken Rice Joe brand in June 2021 with longtime friend, Malaysian immigrant Tjie, due to a mutual love for Southeast Asian cuisine and his decades of professional cooking. experience in cafeterias and at his own restaurant in Dobie Mall, Japanese Oishi Sushi, which closed in 2016. Thanks to the virtual branding model, they were in business within weeks of he conceptualized the idea and brought Tjie on board.

“I opened a restaurant because I want to eat Singaporean food,” says Tah. “We cook based on the memory of taste, the street food we grew up on.”

“I just like to cook and eat,” laughs Tjie. “This business, you have to love your job. It takes long hours and it’s not easy, but if you have someone with the same idea to help you grow your business, nothing is difficult.”

Their clientele is mainly from the Asian diaspora – India, Vietnam, China – with a few sentimental Singaporean and Malaysian regulars.

“I have people from Singapore who say to me, ‘This taste brings me home immediately,'” says Tah. “It’s the real taste of chicken rice in Singapore. It’s not Americanized.” 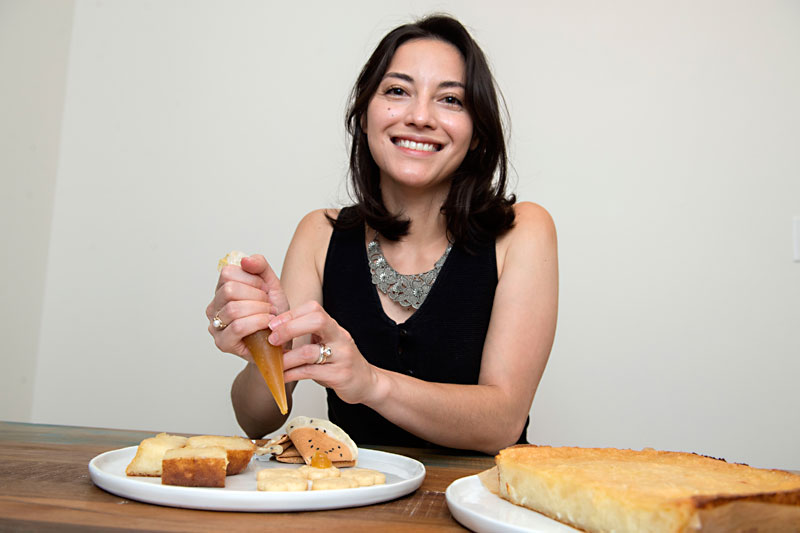 Ava Pendleton, founder and sole proprietor of Austin Kuih Co. (austinkuihco.com), spent her childhood summers selling kuih at a roadside stall with her aunt in Malaysia. Kuih is a glutinous rice flour dessert enjoyed throughout Southeast Asia derived from Chinese gao, but with ingredients like coconut, pandan and palm sugar that make it uniquely Malaysian.

“It goes back to the spice trade; we have a lot of common history and flavors as Southeast Asian people, and those flavors are inflected by the colonizers,” says Pendleton. “Sometimes I’m in a pop-up and I’m like, ‘Have you tried Malaysian kuih?’ I compare it to tapas, small bites, some sweet, some salty, some fried.

Born in Ohio to a Malaysian mother who came to the United States on a national scholarship (where she met Pendleton’s American father), Pendleton bounced between Malaysia and the United States during her early childhood and moved in Austin a few years ago. She started Austin Kuih Co. in 2021 as a home-baking project that turned into an artisan catering business with multiple pop-ups and local fame, and she recently quit her teaching job. to become a full-time pastry chef. She currently makes everything herself and operates as an artisan kitchen operator, cooking in batches for online orders and pickups as well as pop-up events.

“What I want to do is honor traditional ways. And then what can we add, as Texans?” said Pendleton. “Which ingredients should not come so far from us and are sustainable?” 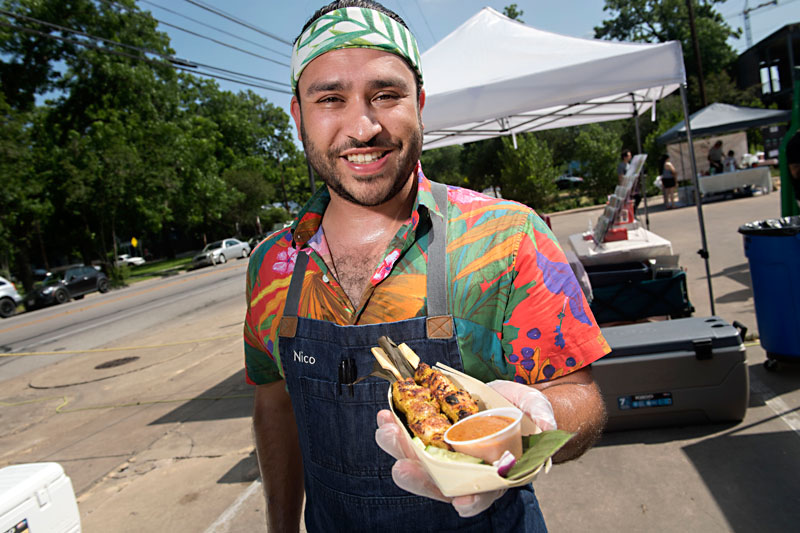 Austin pop-up Penang Shack (penangshack.com) – currently made up of founder “Nasi” Nicolai McCrary, “Durian” Don Smolik, “Milo” Mike Moore and “Sambal” Sarah Kayfus – first started as a fundraiser for the Austin Justice Coalition in 2020. McCrary had so much fun cooking and selling the food he grew up with in his mother’s hometown of Penang, Malaysia that he never stopped. They serve Malaysian classics like nasi lemak, satay (spice-marinated skewers), beef rendang (coconut beef stew) and laksa (curried noodle soup), as well as any inspiration.

“I don’t think it could have existed 10 years ago,” says McCrary, who moved to Austin in 2008 for college. “Austin has always had a decent scene for Vietnamese food and a bit for Chinese. But we’re finally starting to have more Filipinos and Malaysians and Indonesians and Laotians and things like that, which I think [has] been really exciting.”

Austin is ready for an Asian market

Chicken Rice Joe, Austin Kuih Co. and Penang Shack are just the tip of the iceberg; many local virtual brands and pop-ups, such as Kat’s Hand-Baked, Mr. Noodle-San and Gan Bei Gals, have found success and following. The next step could be a more organized co-op-style market that charges nominal fees to vendors and customers to cover maintenance costs, much like the 812 Outdoor Market that opens every weekend and charges $2 per car.

McCrary hopes the future for Southeast Asian vendors in Austin will be similar to communal markets in their home countries: collaborative efforts that work together as established, regular markets.

“These pop-ups are the perfect platform to set up night markets,” says McCrary, who works to set up regular night markets in a sustainable way for home chefs who may not be used to it. to serve large-scale events. “I want to have them more than once a year. Just having more of these collaborative events where multiple pop-ups can come together will create a really cool Austin. It will create something really exciting.” 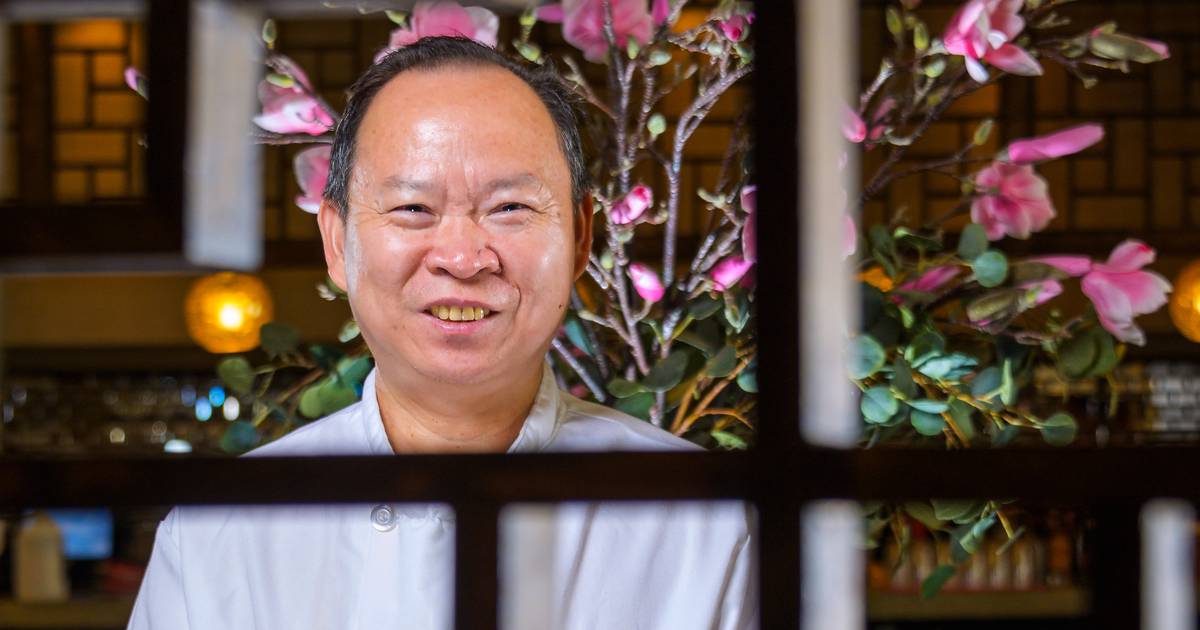 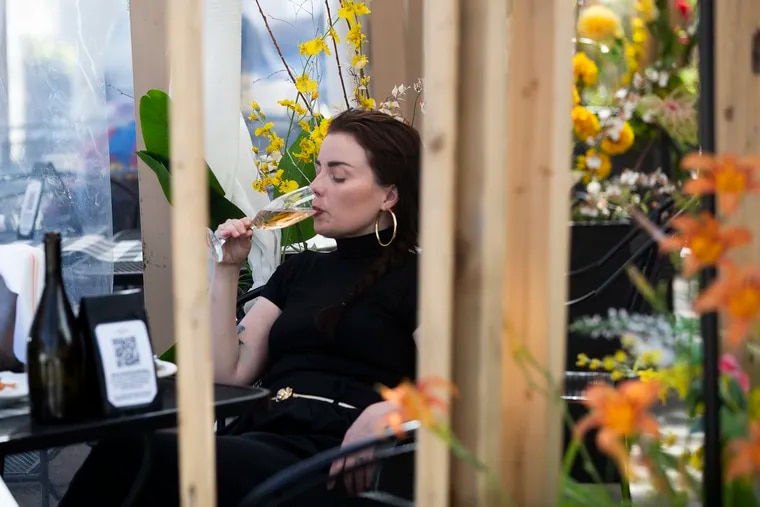 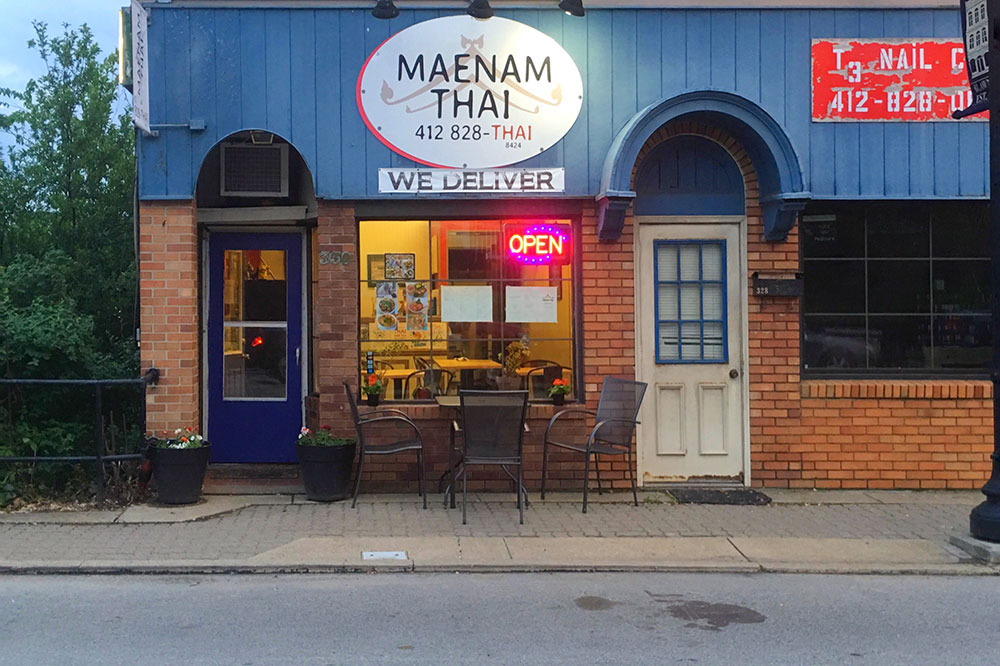