A series of anecdotes describing my journey of appreciation for this powerful herb.

For a very long time, I hated cilantro. It wasn’t because of the genetic variation that makes it taste like soap, but actually because of family relationships. My mother believes in excess when it comes to food. If there is a dinner, a multiplicity of dishes must be present which often transcends cuisines. This attitude of abundance is extended to herbs. Coriander, or coriander, depending on your location, would be found in every nook and cranny of dishes influenced by my mother, especially in winter; a time when this herb is developing. There would be a touch of green in my red rajma (a stereotypical Punjabis favorite) or aloo tikkis, which would inevitably become dhaniya-tikkis. But his very specific condiments and chutneys, born out of his love for the local herb, have become his family specialties. Repeated pleas to reduce the amount of this fruitful herb would often fall on deaf ears, and the shared family hatred would continue for years to come. Then the lockdown took place and we were thrown into a world where the home became the focal point of life and the only source of existence. It was during this tumultuous period that I also ventured into the world of gastronomy. My internship in a cafe as well as the exhibition of my history degree, where we focused on Latin American cultures, led me to discover how beautiful and tasty this herb can be. How he turns a simple tomato salsa into something extraordinary, cutting through the layers of heat, spice and sweetness and adding a freshness needed for balance. 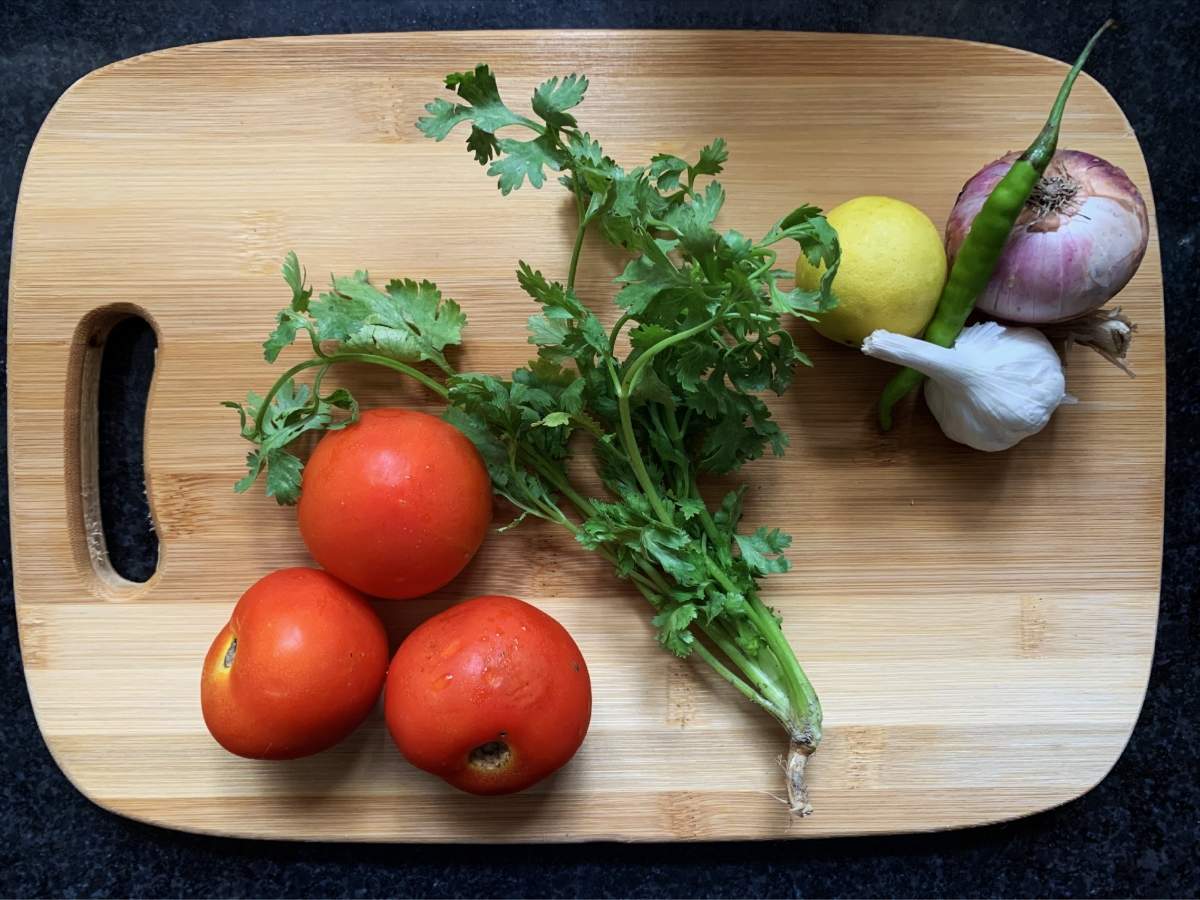 Ingredients needed for a perfect salsa.

As someone obsessed with food in general, I set out to recreate salsa, knowing full well that not everything I do will live up to the beautiful flavors found in traditional Mexican cuisine. Day after day during confinement, I took over the task of preparing this meal of tortillas, salsa, spicy chicken, and a side dish of fajitas (including the non-traditional carrot and cabbage as mothers don’t care about it. authenticity as long as you use things in the fridge; a good approach and an addition nonetheless). The process was fraught with trial and error, but ultimately the ideal flavor profile was achieved; the not-so-authentic Mexican meal and sauce that pleases my soul and gives me as much joy as my Rajma. 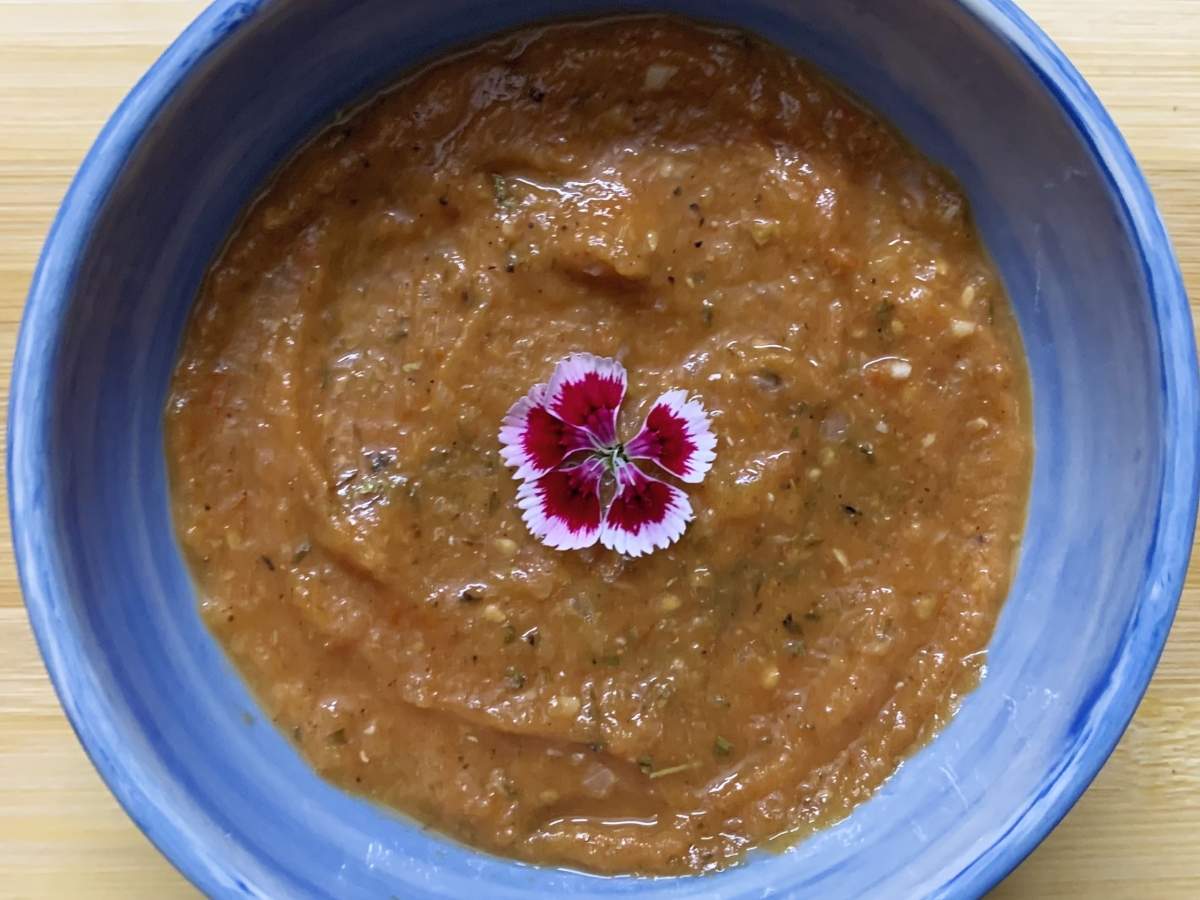 Unlike most salsas found in India, mine is not a pico de gallo. It’s salsa. A tomato-based sauce. My recreation was based on a Mexican taco I ate once in NYC (yes, not the most authentic place but it was my first taco and nothing compares). It had the smoky, charred flavor I associated with chicken tikka, but without the tangy undertone of yogurt. Instead, the acidity was provided by salsa, a concoction of beautiful ingredients like chili peppers, garlic, and tomatoes, the taste of which cannot be described in words. Now is it possible that I am exaggerating how good it was? Yes. But after spending a week in the States, I was deprived of any real spice and this was where my mouth finally echoed with the numbness and intensity of flavor that I had been missing. Two years later, I ended up using it as the only real source of inspiration for my performance. Roasted tomato salsa. With the right amount of lemon and cilantro, it can be as fresh as a pico de gallo, because that’s how it was meant to be. 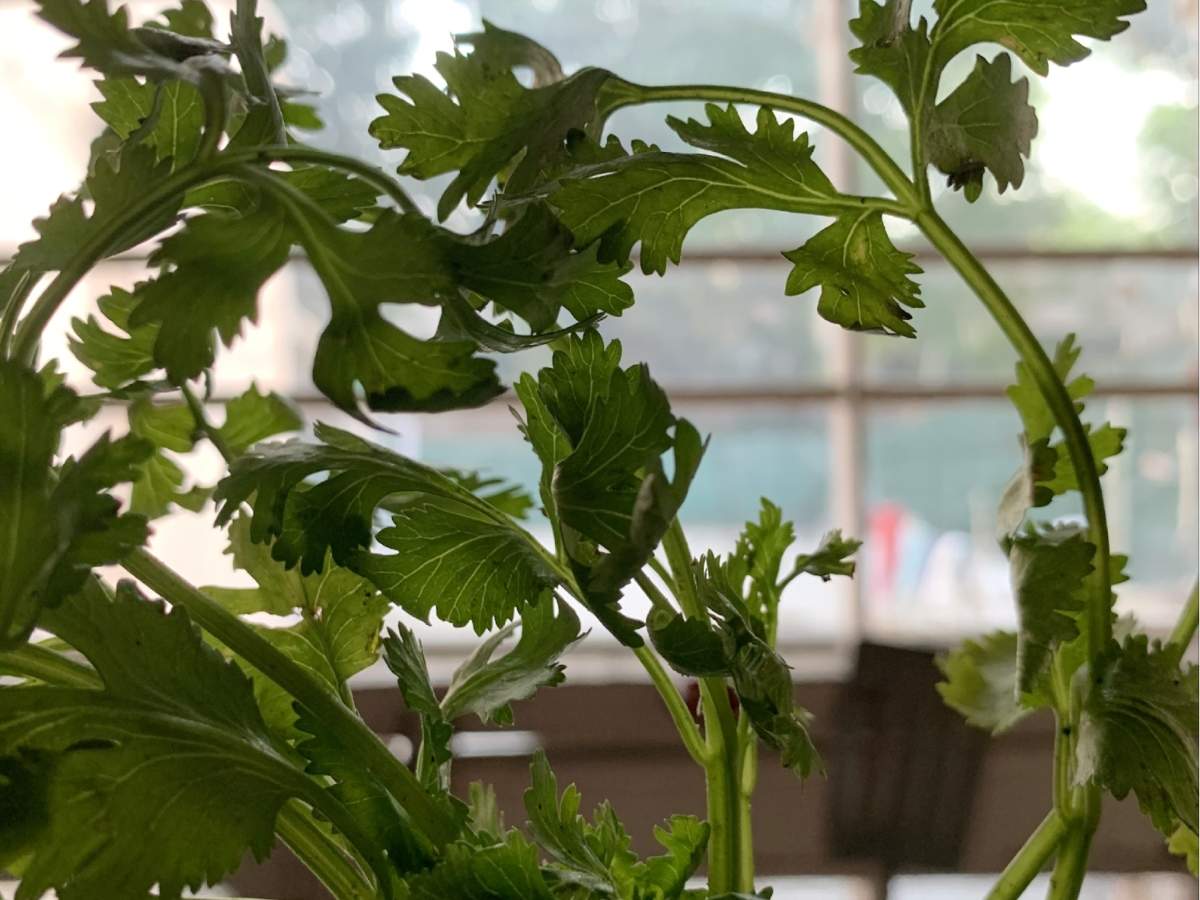 My older sister shared this contempt for the humble grass. When she lived with us during part of the lockdown, a common obsession with recreating the familiar, nostalgic, and beloved restaurant dishes she no longer had access to took over, and was ultimately the solution to that relentless aversion to the dhaniya. While she was a constant victim of my experiences, I believe that unless you engage directly with the subject of your disdain, there is no possibility of reconciliation. When she got married and had her own cooking, experimentation, or as I like to call it, “Risk with the Grass” was the name of the cooking game played in her home. I would also like to mention the efforts of the many home cooks and chefs practicing Indo-Chinese cuisine on Youtube for the benefit of people like us obsessed and passionate food lovers who made my sister take the ultimate risk, put dhaniya in Manchurian. . And that was it. The battle was over. When you can look at an ingredient beyond its everyday use, beyond its usual appearance, in this case in Indian cuisine, you really start to understand how exciting food can be. You can escape the narrow world we have placed ourselves in and reimagine food in so many complex and exciting ways. His Manchu was just like any restaurant; it was brilliant. A perfect balance of umami and freshness, full of flavor. Therefore, the journey into Asian cuisine began with this powerful herb. When we can look beyond our core beliefs, the discoveries we can make are immense. 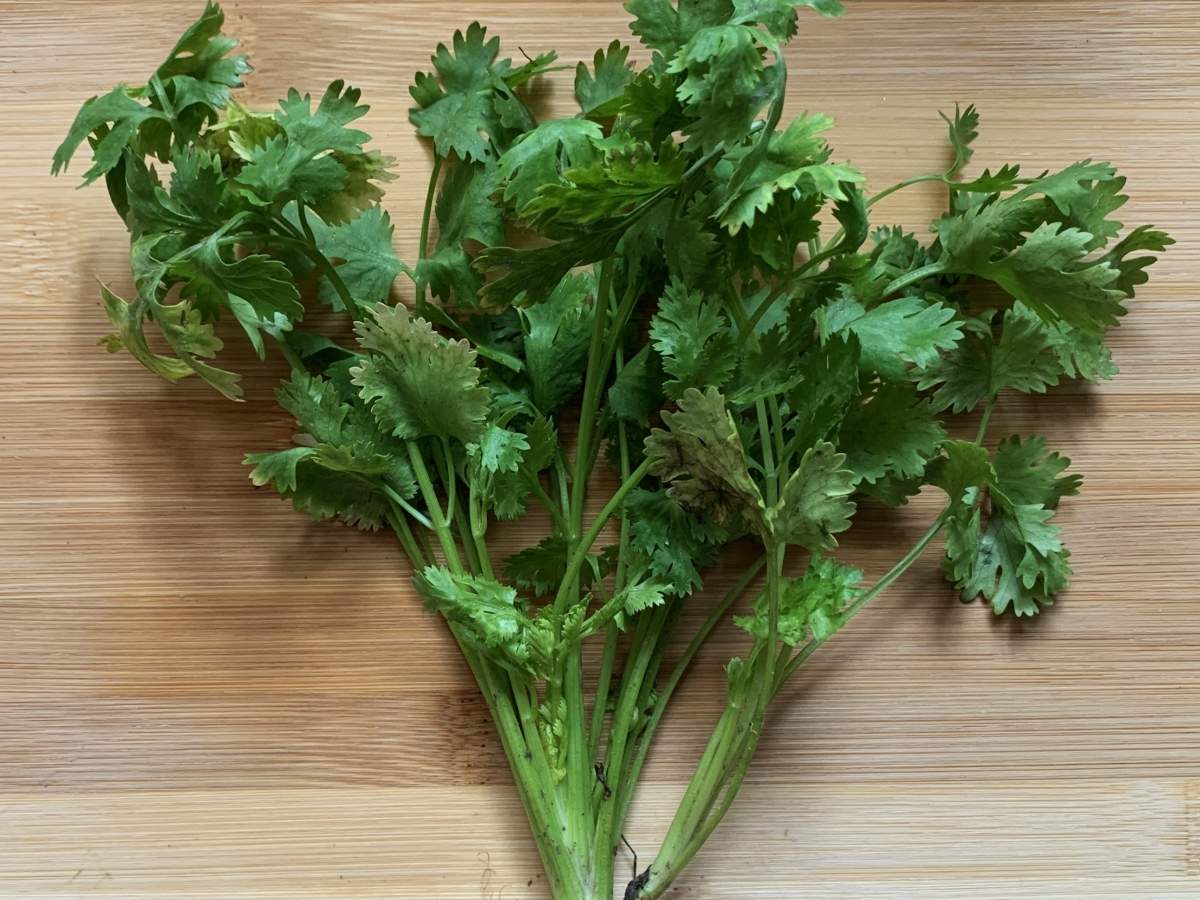 This is not a reprimand to my mother, but in fact a note of appreciation. It is its over-the-top nature that has normalized this flavor since our childhood. When you eat something almost every day, no matter the context, it’s hard to continue to hate it. Dhaniya has been present in almost every kitchen, mixed with expertise and adding complexity to the whole dish. But we didn’t recognize its ubiquity until we started consciously eating. Learning to recognize the distinct flavors of ingredients and how to best balance them to create a complete end product is a slow process. It is this process in which my sister and I were engaged that allowed us to draw on our memories to guide us to exciting discoveries. There has never been an eternal hatred towards this herb, but to truly appreciate it we had to tear the good from our memories and manifest it materially in the form of dishes that we were totally in control of. 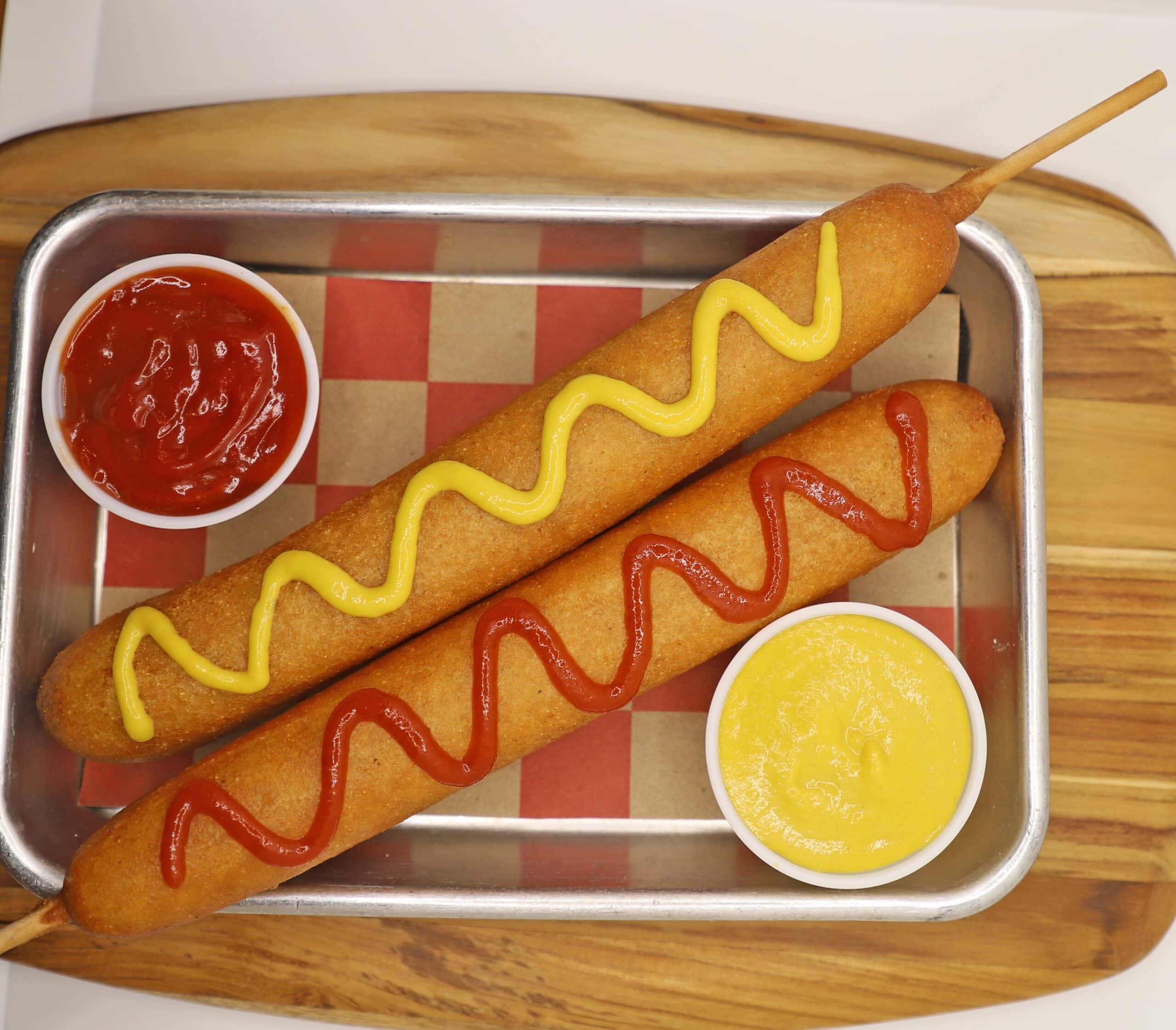